Home/News/
Previous Next
Removing stigma allows those living with HIV, AIDS to seek and stay on treatment, says NGO 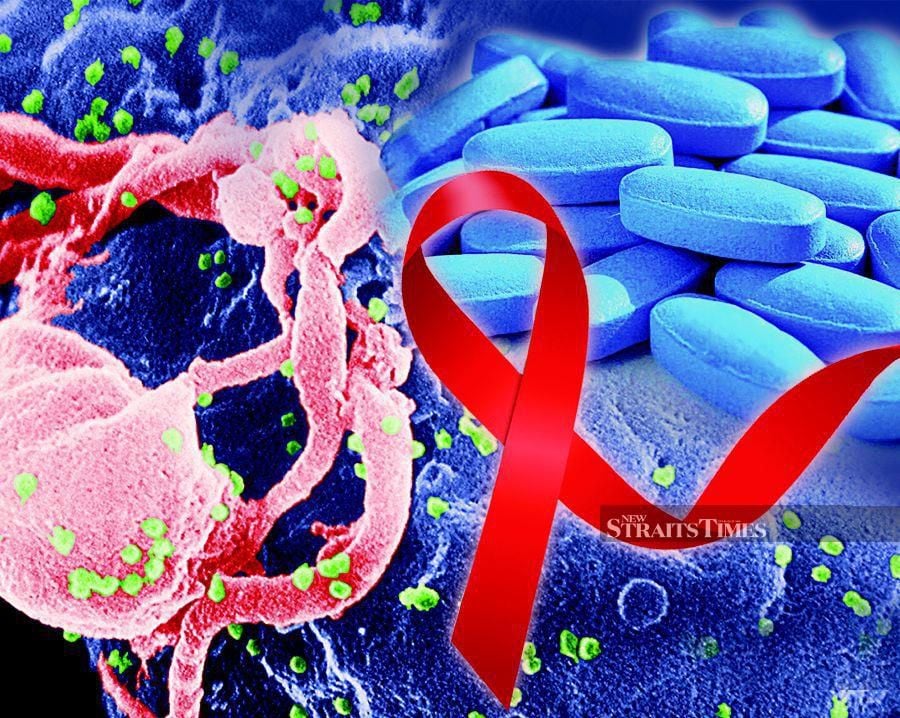 KUALA LUMPUR: THE human immunodeficiency virus (HIV), which can cause Acquired Immune Deficiency Syndrome (AIDS), was first detected in Malaysia in 1986.

More than 33 years on, the country is ranked the seventh highest in adult prevalence of HIV/AIDS in Asia after Thailand, Papua New Guinea, Myanmar, Cambodia, Vietnam and Indonesia, with a 0.45 per cent prevalence rate.

Data from the Health Ministry showed that every day, an average of nine new HIV cases and two AIDS-related deaths were reported to the health authorities.

According to the United Nations, Malaysia is one of 10 countries that together account for more than 95 per cent of new HIV infections in the Asia-Pacific region.

In an interview with the New Straits Times, PT Foundation chief operating officer Raymond Tai made an observation on the World Health Organisation’s theme for World AIDS Day, “Communities Make the Difference”.

“HIV is preventable and treatable. It isn’t a death sentence. It’s social stigma and ignorance that drives key populations underground, restricting their access to prevention, testing and treatment.”

He said unless there was strong will among the public to normalise conversations about safe sex to break down social stigma and discrimination, Malaysia would not be able bring down the rate of new HIV infections.

He said social stigma drove internalised stigma, which often result in psychological and emotional struggles for those who do not fit into “social norms”.

In Malaysia, social norms dictate that sex only between a man and a woman married to each other is legitimate. Monogamy is held up as the ideal, and outside of it, only abstinence is promoted.

Therefore, anyone who does not conform to these ideals tend to be regarded as morally undesirable. They include single men and women who engage in pre-marital sex, gay and lesbian couples whose relationships are not recognised, as well as transgender people.

Even if teenagers are curious and are aware of the basic use of condoms for HIV/AIDS prevention, it takes courage for people to buy condoms at convenience stores, discuss safe sex with their partner and use the protective barrier properly.

“The challenge to openly buy condoms at supermarkets and ask for advice on proper use of the rubber is compounded if the person is a school dropout, a gay man or a transgender woman,” Tai said.

He said government-funded reproductive health education often leaves out people from such groups.

He said awareness on HIV/AIDS preventive methods and how to gain access to them were not readily available to marginalised groups, who tend to be low-income earners and those with low education.

“It tends to be left to non-governmental organisations (NGOs), like PT Foundation, to reach out to these marginalised groups,” he said, adding that with scant resources, as well as restrictions on access to mainstream media, NGOs could reach out to only small segments of people in cities.

Today, there are more effective means of protection aside from condoms, such as Pre-Exposure Prophylaxis (PrEP), a pill taken daily to prevent the spread of HIV infection.

“PrEP has been proven to be more reliable than condoms in HIV/AIDS prevention. Yet, it is not accessible at government clinics and available at
only selected private clinics at high prices,” Tai said.

He said many people living with AIDS go to considerable lengths to hide their anti-retroviral drugs from family members and colleagues to ensure that their HIV status remained a secret.

“They are driven by fear of the way others will treat them if their HIV status is revealed.”

Its flagship programmes include the Community Health Care Centre Clinic (CHCC); MSMPOZ, which is a Treatment Adherence and Support Programme for men who have sex with men who are living with HIV; 2nd Chance Programme, which provides psycho-social mentoring and support for urban poor children infected with or affected by HIV; and, Take Charge Today, an online campaign to promote safer sex practices, HIV and sexually transmitted infections testing, as well as access to community-friendly clinics throughout Malaysia.

Tai said CHCC was being managed as a social enterprise, where beneficiaries pay a small fee for sexually-transmitted disease tests and counselling services.

“Some make donations, which enable CHCC to conduct HIV tests for those who cannot afford them.

“Its fees are kept low because selected test kits are sponsored by the Health Ministry, while more expensive fourth generation test kits are offered to CHCC at a discounted price.”

CHCC, based on this business model, is recognised by the Malaysian Global Innovation Centre as a sustainable social enterprise.

Recently, the World Health Organisation declared that AIDS can globally end by 2030 if all nations were able to get at least 90 per cent of those who were at high risk of HIV infection to be tested, and if the results were HIV positive, they were provided access to treatment and they must follow through with their treatment.

Tai said current HIV medication was effective to a point where a HIV positive patient who has been on treatment for more than six months could become “virally undetectable”.

At this stage, he said, the person could no longer infect another person during sex even if a condom was not worn.

In view of such medical advances, the government had reportedly committed to end AIDS by an even earlier date — 2023.

“While we have the (means in terms of) medical advances to end AIDS, the battle in Malaysia is to eliminate stigma and discrimination,” Tai said.

This, he said, involved a shift in how soon Malaysia could move from a conservative and judgemental society to one that embraced diversity, irrespective of one’s race, religion and sexual orientation.

For this to happen, Tai urged the government to lead the way in being more inclusive.

“There has to be more political will in channelling more funding and efforts into HIV/AIDS prevention as a matter of public health and community development.”