What growing old looks like when you’re living with HIV

What growing old looks like when you’re living with HIV

We need to be seen as ‘whole people,’ not just HIV patients, says survivor and advocate 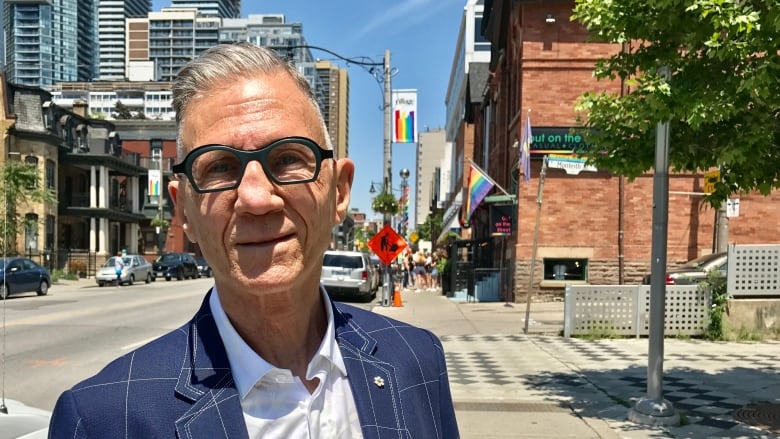 Ron Rosenes has been living with HIV for close to four decades. (Devin Heroux/CBC)

Ron Rosenes has been living with HIV for nearly 40 years.

The long-time advocate, who turns 71 this summer, said he’s confronted health problems that come with age — perhaps even earlier — an increasingly common reality as more Canadians with the virus live longer.

“I seem to be living long enough to get the same crap as everybody else,” he told The Current’s Anna Maria Tremonti.

At the end of 2014, an estimated 65,040 people were living with HIV in Canada, according to the Public Health Agency of Canada (PHAC). While improved care and treatment might mean that population is living longer, diagnoses in older people have also increased. New diagnoses in those aged 50 years and older went up from 21.9 per cent in 2014 to 23.9 per cent in 2015, PHAC found.

With a growing cohort of Canadians living longer with HIV, survivors and the people who support them face new challenges in healthcare, financial support and combating new expressions of an old stigma.

We really, really need our medical and our healthcare professionals now to view us as whole people.– Ron Rosenes , HIV adv ocate

Rosenes has had prostate cancer and open-heart surgery, but said it’s difficult to pinpoint that to his HIV status or genetics.

According to Dr. Julian Falutz, the director of the Comprehensive HIV Aging Initiative at McGill University Hospital Centre, age-related complications are occurring earlier in patients with HIV compared to those without.

“[HIV] can act as a stimulus for some of these conditions, such as lung cancer, heart disease, bone problems, osteoporosis, liver problems,” he said.

Lifestyle factors, like whether a patient smokes and when they started effective HIV treatment, need to be taken into account as well. 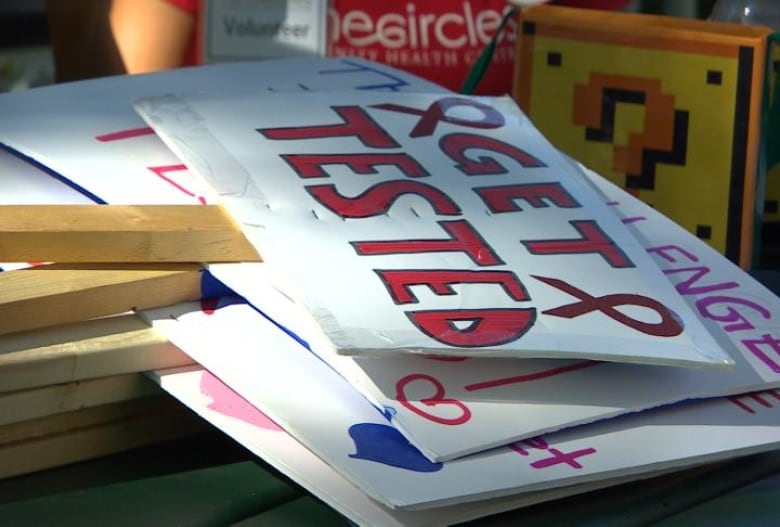 New diagnoses of HIV are on the rise in the 50+ age group. (Ron Boileau/CBC)

“We really, really need our medical and our healthcare professionals now to view us as whole people,” he said. “They used to really view us specifically through the lens of our HIV.

“But now that we are growing older and having all these other problems, we need to head them off at the pass.”

Falutz is in the early stages of researching HIV and frailty. He estimates that in five to eight years, one-third of Canadians with HIV will be over 60.

In addition to health issues, people living with HIV experience a vast amount of stigma, said Kate Murzin, an HIV-and-aging specialist at Realize, which offers rehabilitation services to HIV patients.

That stigma can stop them from accessing support services because patients fear “discrimination either from the providers themselves, or even from … other adults who are accessing those programs.”

“That’s one of the things that I really try to stress first and foremost — there is no risk whatsoever in providing personal care and support to someone aging with HIV.”

Many people who were diagnosed with HIV had their work lives disrupted for decades, he said, missing out on the years when people gather assets for their retirement.

Tom McAulay is gearing up for a job search, 25 years after he was last in the workforce. 2:14

Now, as more effective treatments give HIV patients greater control over their lives, they find themselves trying to re-enter the workforce in their 50s and 60s. Falutz said this is a challenge in itself.

“They’re finding it very, very difficult for the usual reasons that older people have in finding jobs,” he told Tremonti.

“They have possibly the ongoing health issues, as well as the stigma, the social isolation and the financial constraints,” he added.

“I think what’s important to keep in mind [is] it’s not just how long you live, but how well you live.”